Here’s a page which will demystify the process of getting marine radar on PC, such as my Toughbook units. Digital radar of the specific models listed below can be connected, and will display real time overlay with the charts. How can you tell if it’s digital? For one thing, it must have an RJ45 (Ethernet network plug) on the dome itself. If it’s too old (let’s say older than 2005) then it definitely won’t be compatible. Yes, there are some old analog radars which can connect to a PC. This is ancient, will not allow overlay over the charts, and highly proprietary. It’s not worth investigating in this time and age. If you’re getting a used radar, it makes sense to get a digital one.

Please note that the newer radar models which are NOT listed above, such as Garmin GMR Fantom, are NOT supported at this time. If you’re not sure, please ask me before buying the radar dome, and I will confirm.

If you are looking to buy a rugged laptop to run your TimeZero license, my midrange systems are OK for it, and my premium systems are perfect for it. It’s a well featured piece of software with pretty expansive functionality, but far from cheap!

Coastal Explorer is compatible with Koden RADARpc interface boxes: MDS-5R (also available rebranded as Nobeltec Insight II), MDS-6R, and MDS-1100 which provide an Ethernet interface to Koden radar domes. Many Koden radar domes are compatible with those boxes. For example, the following: RB714A, RB715A, RB716A, RB717A, RB718A, RW701A-03, RW701A-04, RW701A-06, RB805, RB806, RB807, RB808, RB809. It seems that Si-Tex is either going out of business or not selling very actively at this time. Here’s some good info about integrating radar with Coastal Explorer.

Rose Point ECS is the professional version of Coastal Explorer. It’s compatible with Furuno FAR-21×7 series, JRC JMA-5300 MK2, Alphatron JMA-610 radar. You probably don’t need to go this route, but I’m just sharing the info for anyone who is looking. 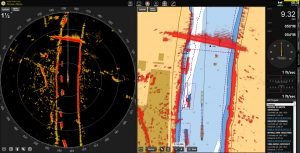 You can download the instruction manual here. This is a rather outdated system, so unless you can get a box and radar dome cheap, there is no point in going this route from scratch in 2021 and beyond. There is no radar overlay with the charts, so it may not be quite as convenient. 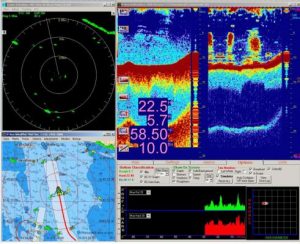 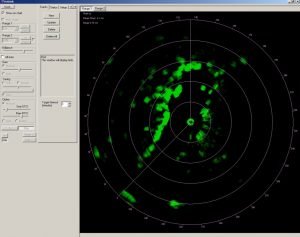 Why use a navigation laptop as a chart plotter?

My navigation laptops can be much more affordable than Garmin, Lowrance, Simrad, B&G, Furuno, Humminbird, Raymarine, Standard Horizon. I will also support the GPS laptop your purchase forever! Furthermore, I believe that some of the commercial chart plotter brands gouge their customers. Large companies force their clients to upgrade. They stop supporting older units with chart and software updates. In addition, they charge outrageous fees for simple things like a larger screen size. I don’t do any of these things, and never will – guaranteed! Moreover, please take a look at other advantages as well. A GPS laptop can offer a compelling alternative to major brands!