I supply ready to use marine grade heavy duty navigation laptops with OpenCPN, marine charts, GPS antennas, AIS, and more. My clients often ask me if they can have Navionics on a laptop or whether they can run Navionics on Windows. People also ask me if they can have OpenCPN Navionics charts, so here is the full explanation with some extras. OpenCPN is an excellent free software, but it doesn’t support all the chart formats out there like some other programs. We can also use other marine navigation software packages to provide better coverage in some areas. If you have any questions, please contact me!

OpenCPN Navionics Charts – how to get them?

Unfortunately, Navionics charts are not supported directly. Navionics does not sell these in format that is compatible with OpenCPN. The unofficial way in which this is possible is by using a software like SAT2Chart and grabbing the charts from the Navionics web viewer. The created tiles are in effect raster charts which can be loaded OpenCPN. Needless, to say this is illegal and will not be officially endorsed by anyone. People do this, however. This is not ideal, though. The resulting chart is in no way interactive, it’s literally just a screenshot of the online viewer saved offline. So, you cannot access tides and currents and get any information on chart objects, etc. Here’s a tutorial on creating MBTiles for OpenCPN which can use Navionics as one of the sources. Here’s an example of what that looks like in OpenCPN below. 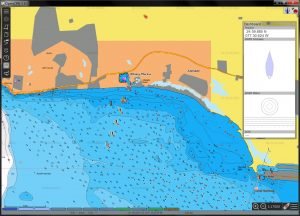 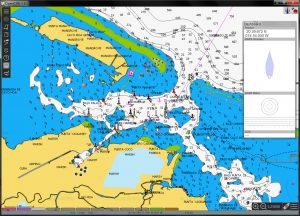 Navionics and OpenCPN aren’t end all be all

There exist good alternatives both for OpenCPN, and for Navionics charts. Depending on the area where you are heading, I can suggest something that would potentially work better. It’s nice to compare different chart sets in any given region before making a decision on which to go with, and I can do that for you. I’ve supplied units for trips to various locations such as: US & Canada Atlantic or Pacific coasts, Caribbean, South Pacific, Central & South America, Mediterranean, and more. Just get in touch with me and I’ll outfit you for your voyage!

Any questions about getting a marine grade laptop with OpenCPN? Please contact me!

Why use a navigation laptop or tablet as a chart plotter?

My systems can be much more affordable than Garmin, Lowrance, Simrad, B&G, Furuno, Humminbird, Raymarine, Si-Tex and will be supported forever! Furthermore, believe that some of the commercial chart plotter brands gouge their customers. Companies force clients to upgrade by no longer supporting older units. In addition, they charge outrageous fees for simple things like a bigger screen size. In addition to this, please take a look at other advantages as well. You can always contact me with any questions or to let me know what you need!